from http://www.emergency.com/:
PROGRAM IS FINAL:


Sunday June 15th @ Bremnes fort
Concert starts at 15:00. Free.
Be aware that the temprature inside the mountain is about 4 degrees!

Posted by autovern at 4:17 PM No comments: Links to this post 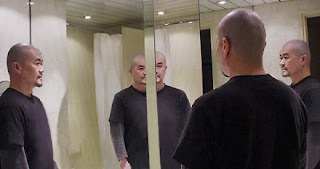 KK NULL (real name : KAZUYUKI KISHINO) was born in Tokyo, Japan. Composer, guitarist, singer, mastermind of ZENI GEVA and electronic wizard. One of the top names in Japanese noise music and in a larger context, one of the great cult artists in experimental music since the early 80's.

They started up in the early 80s, but with major inspiration from the 70s industrial music represented by Throbbing Gristle, S.P.K. & Cabaret Voltaire. In early releases they used metal percussions and industrial sounds, but later they abandoned the metal percussion, but continued down an even more experimental path, and during the 90s developed a more improvised approach.

Local band MetroGnom plays 70s instrumental symphonic prog, with elements of spacerock and fusion. Some call it eclectic prog. However, they achieve making 20 minutes long pieces of music, without sounding boring. As a live band, MetroGnom is explosive, raw, jazzy and tender. They vary wonderful between rythmic and flowing melodies.

Read more...
Posted by autovern at 3:45 PM No comments: Links to this post