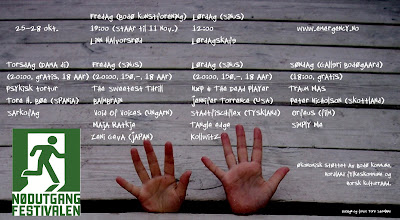 www.emergency.no
Posted by autovern at 1:43 AM 31 comments: Links to this post 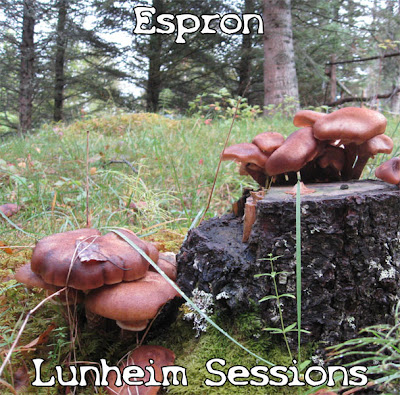 It's been a while since Esprons last album Ka Nu? was out, but the waiting is over, and Lunheim Sessions is just released as free download by EggStatic Records. The work for this album started in 2008, and progressed over some sessions at the wonderful cabin in Lunheim following years. Get it HERE
Posted by autovern at 1:21 AM No comments: Links to this post 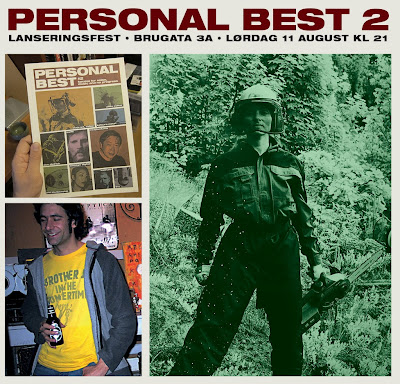 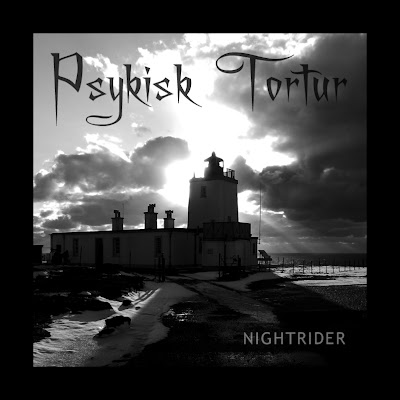 www.facebook.com/PsykiskTortur
Posted by autovern at 3:13 AM No comments: Links to this post

Psykisk Tortur will do a gig in Germany for the first time, at the Avantgardefestival Schiphorst. A very special place. A place where interactions and collaborations are not only welcome, but encouraged and made very much possible. A place where artists don't have backstage, vip treatment or special catering. All have to line up in the same lines as the audience to get breakfast, or have a drink or whatever. All have to socialise in the same areas as the audience. It makes for a wonderful place to meet people with the same attitude as yourselves (being in this group), and do something spontaneous, or networking for future contact.

It takes place in Schiphorst, in the north of Germany, at Jean-Hervé Perons farm, and only two weeks from now.  Planned sets, and ad-hoc collaborations. Anyone in relatively closeness to the area should consider going. You'll never regret it, and you will remember it. Forever. More at the festival site

Posted by autovern at 6:24 AM No comments: Links to this post 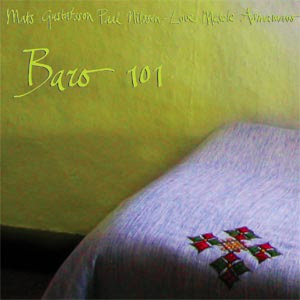 The Norwegian drummer Paal Nilssen-Love has made a fast and hard-hitting impact on many recordings in the national and international scene of free-jazz and improv these last years. Whether as a band member of Peter Brötzmann's Chicago Tentet, the assembly of some of the leading musicians of today’s free-jazz, or in the powerful Hairy Bones also including the said German. Also worth mentioning are the remarkable recordings with Lasse Marhaug, either in the jazz-strangeness Fire Room, also including Ken Wandermark, or their duo collaboration release Stalk of the more sound-noise-improv-less-jazz style. No surprise then, that he was invited to Ethiopia by the Dutch-weird-punks from The Ex, to do the ‘Free the Jazz’ Saxophone project, alongside other acclaimed musicians such as Ken Vandermark and Mats Gustafsson. The Ex has been going to the Horn of Africa for many years, starting back in 2002, and the idea is to do collaborative works with different Ethiopian musicians. So, at the end of this trip, Paal, Mats and the Krar-player Mesele Asmamaw, decided that they wanted to record (A Krar is a five- or six-stringed bowl-shaped lyre, btw…and yes, I had to look it up!). They joined forces in room 101 of the Baro Hotel in Addis Abeba, and did this free improvised recording.

Baro 101 was an album I had great expectations to. Mainly because I know and enjoy a lot of the projects Nilssen-Love has been a part of. I did not know much of what Gustafsson has been doing other than the Tentet, and Asmamaw I had never even heard of. But excited as I was, the first listen made me unusually aware of the conversation between the musicians. Not that I understood what they were ‘talking’ about, anyway. But most times new music makes me feel something, either good or bad. Not this one at first. How strange. I was intrigued how they responded to each other’s outbursts or repetitiveness or how they moved together in wilder more unpredictable ways. It made me wonder more about what was happening in the room. But then it started getting to me. I started getting the chills. Wonderful chills created by the sounds being shoved into my mind. The diversity of the conversation creating shapes and structures of sounds, and suddenly I saw the African animals of the safari I went to many years ago. Elephants moving slowly towards the water, spiced with the musician’s conversation about the fun they had during the Ethiopian adventurous project. Or the traffic jam in the streets outside the hotel one busy afternoon. All of which is probably my own crap in my own head anyway, but still, they play well together, making wonderful sound-landscape. The saxophone is very evident, almost a major focal point during the entire album. Followed by the drums and spiced by the Krar and occasionally wonderful singing by Asmamaw.

The overall impression is very much live in the room, as it is. Often times improvised recordings, being unedited as this is, can have ups and downs. Some periods of genial music, others of not that fantastic or even quite crappy. So not with this album. It goes in many directions. Sometimes they loop, or a nice melody comes together. It is massive, subtle, has beats, rhythm, no rhythm, its minimal, chaotic, or sometimes concentrated on a point, or goes in every direction possible. And the conversation! No elephant talk here! It made me wanting more, going to a concert, or wishing I was in the room. For me, Barolo 101 is one musical highlight of this year.

This review is also available in Freq Music Magazine
Posted by autovern at 1:38 PM 2 comments: Links to this post

Recording from last years gig @ Dama Di, the first time ever NXP and myself did a duo concert together. Out as free download from Black Circle Records.

Get it here
Posted by autovern at 2:27 PM No comments: Links to this post

For almost a year, my creative inspiration has mostly been on producing tracks for various compilations, mostly online. Below are a few examples, the link is to the downloadpage of the entire comp, in which you will find tracks by me. I will try an make a list of all my contributions to compilations later. Meanwhile, a good list of my appearances on compilations can be found at discogs here

an exploration of the possibilities of the contact microphone, a device based around a piezoelectric disk that acts as a transducer, transforming sound vibrations into voltage that can be used as an audio signal. Curated by Walter Lapchinsky

Cell Your Soul is compilation consisting of tracks by 37 international audio artists. Artist made recordings with the voice recorder function of their cellular telephones. This compilation was produced by Jukka-Pekka Kervinen and Hal McGee.

This compilation focuses on Feedback, Harsh Noise, HNW & just plain extreme chaos. So with that said, BE WARNED that due to the nature of this release, artists and recording styles, volume levels WILL vary from track to track. Enjoy your tinnitus!

all software to be informationally free (with exceptions made for operating systems and embedded firmwares), using informationally free formats, and distributed through Bandcamp, which at least has a public API.  bonus points were provided for full free software, free (open source) hardware, and using freedom as a theme. curated by Walter Lapchynski.


Get it here
Posted by autovern at 9:25 AM No comments: Links to this post 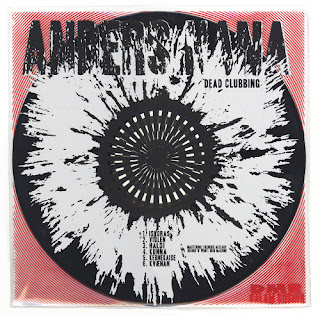 I’m on a train a foggy winter afternoon, beats rocking me away into an unfamiliar yet known landscape. The steady beat accompanied by bass-noisy distorted guitar rhythms feeds to the familiarity of the sounds. Suddenly strange background screeching brakes hits, but without any effect on the speed, like the change of mood when entering a tunnel, but still continues when coming out of it, swirling through the narrow valley of winterly mountainous landscape. The feelings created by the first tracks on Dead Clubbing matches perfectly the dual sides of the experience of listening to the music, combined with the train ride I am on writing this. Almost like they were made for each other.

Anders Hana has made some hard impressions on the Norwegian scene of avant-rock, by his involvement with the heavy sides of Noxagt, or the free-rock combo Mo-Ha! and others. With his uncompromising attitude to his guitar, he makes for a challenging listen for the faint-hearted, or a welcoming experience for the open-minded in the mood for a path of what? This would be very much the same with this one-sided vinyl LP, although here he does all the instruments himself on this album. The six tracks are all on the one side, and a screen print directly on side 2 of the record. I can’t say anything at all about the appearance, as my cd-promo with accompanying words give no credit to it, but it seems like a nice gem for us vinyl enthusiasts anyway. The beats continue to rock’n’roll me into a rhythm that possibly could make me want to dance, but as it is here and now; music perfect for travelling or driving, or sitting in a cart behind an old diesel engine on rails, looking out the window at the wintery snow-filled murky forest of pines, expecting trolls to appear any minute. Soundscapes filled with mysteries, moving left and right in my ears, back and forth of my head, but still with that hectic rhythmic beat.

The music is sparsely, almost minimal with little focus on the melodies. Experimenting with a few layers of sounds and distorted or string-like soundscapes seems more important, held all together by repetitive heavy rhythms by drums. It still makes for creating interesting catchy tunes and moods, all in a strange way somewhere between rock’n’roll and dreamy hypnotic meditative eastern feelings. Rooted in a combination of ancient prog of early King Crimson and some of the sounds and feelings of Grinderman, it is strikingly structured and free at the same time. All that said, it has something of its own, first of all it is also a very heavy album. Heavy on the drums, riff-based tracks, all instrumental. It’s a slightly uneven album, the first three tracks definitely being the strongest and fit right in my mind immediately. The three last seem less heavy on the beats, probably needing more time to get them under my skin, although the ending of the last track makes my head spin perfectly. All of them, however, still adds to the impression of a well-made album that will continue to run on my stereo. Only downside: it ends all too quickly, so repeat again!

This review is also available in Freq Music Magazine
Posted by autovern at 3:59 PM No comments: Links to this post

Posted by autovern at 3:45 PM No comments: Links to this post