The Letter by Tom Løberg out on vimeo

The Letter is Tom Løbergs first short film, made back in 2004. A calleidoscopic story about a solitary man who receivers a letter from ... himself? Sound work by noted noise artist Lasse Marhaug. More information about the film here

The Letter from Tom Løberg on Vimeo.

Posted by autovern at 2:43 PM No comments: Links to this post 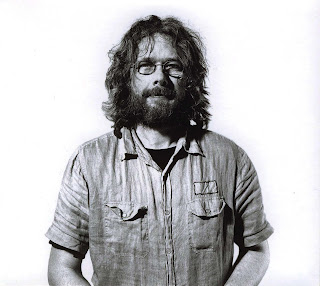 The May edition of Jazkamers monthly series starts with an almost twenty minute long drone track. It's very deep dark and with mellow synth sounds to start with, moving about in my headphones, almost without recognising it, the track creeps upon me, moving more, being more intens and distorted. I hear adding layers, adding sounds, but almost not noticing it. I am feeling relaxed by this soothing, meditative track. Hypnotizing me to go to another place, until the end is blissfull of wideranging distorted noise.

Then the album changes to a more experimental focus. Next up is six short tracks, spanning from just under thirty seconds up to almost four minutes, and one last track of almost fourteen minutes. Most of them are experimental, very varied tracks within themselves. Expressions as a simple guitar loop including acoustic noise, playing with synth sounds adding whitenoise, cut and paste techniques, use of pauses within tracks, massive use of cymbals, distorted burploop, fiddling with guitar, (do I hear someone trying to say something?), free drums, aggressive noise, playing with various soundgadgets creating weird noises, playing with drums and more cymbals, high pitch that almost makes the sound dissapear, room recordings…. plenty going on. One track (7) stands out as more happy-noise. It's a massive wall of drums and sounds that have the same feel to it all the way, not changing the sound image throughout the entire track, although a lot of interesting is happening all the time.

All these powerful changes makes “Chestnut Thornback Tar” very interesting and moves me very much. I am thrown from one end of my emotions to another. From the state of being mesmerized, hypnotized, to wanting to dance. In between I am concentrated in deep listening trying to figure out what comes around the next corner, or thrown off my seat while my head explodes and later being lured back trying to re-assembly it.

The album title could be some Japanese gamer reference, indicating that some of the sounds are inspired by gaming activities, certainly some of the sounds appear to be also. Some of the tracktitles, however shows a more philosophical point of view, as with “We need a painting not a frame” or romantic, sentimental as “Yellow, mountain fur peak” (actually the last and more experimental), or as clearly as “Sentimental Journey”. It is not clear to me what is the albums actual focus. It might be showing the range and variety of some of Jazkamers abilities, in wich they clearly succeeds. If it is to entertain, they certainly do. I was never bored.
Posted by autovern at 1:43 PM No comments: Links to this post

Independent Oslo label Droning-on Records announces on the new website a couple of new cassette releases. Firstly the new tape from Layers Of The Onion called Binnorie which consists of layers of droning guitars mixing nicely in with old harps and other assorted acoustic, ambient sounds. It is a live recording taken at Sound Of MU , Oslo, Norway, on the 25th of February 2010. The tape also features lovely folky looking hand-stamped artwork. It's a limited numbered edition of only 30 copies, so you better hurry.
Also coming up is a tape from KOBI - (Title To Be Announced). This is also a live recording from Sound Of MU, Oslo, Norway. Recorded On the 21st of October 2007. No Date Set for this release yet, though.
Coming later in 2010 will be a CD by Layers of the Onion, plus a performance from The Burning Dog Orchestra
Posted by autovern at 2:10 PM 2 comments: Links to this post