My track is on the first of nine Contact Compilation Project volumes.

Posted by autovern at 11:36 PM No comments: Links to this post 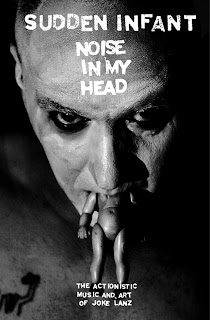 Great news for us noise addicts out there, finally a book publisher dedicated to noise. Marhaug Forlag is run by Norwegian artist Lasse Marhaug, and the first book out is about Sudden Infant (Joke Lanz), a remerkable and fantastic personality, and an artist with many depths, both in music and his performances and body art. His album - Psychotic Einzelkind - has been a favourite of mine for some time, now. More details about the book here
Posted by autovern at 7:29 AM No comments: Links to this post 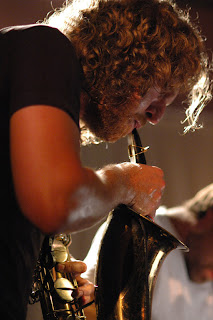 Another gig coming up ion Wednesday the 21st of September @ Dama Di. Kjetil Møster is coming ro town with his sax, well known from his works with Ultralyd and Datarock, but this time on his own. All his work influences himself, and expect everything. Terje Berg concludes the line-up along wit yours truly. Terje normaly sings his songs, but has promised an all instrumental set this time, so expect to be surprised!
Posted by autovern at 3:06 PM No comments: Links to this post

Classwar Karaoke is a collective and netlabel operated by Adrian Beetjes, Anthony Donovan and Jaan Patterson. Formed in 2008, it releases quarterly surveys of music, soundart and short-films by artists from all over the world.

Classwar Karaoke 0015 - 53 soundsubmissions is online. Here is the text to the submissions, and it is also 12 videos in the survey. 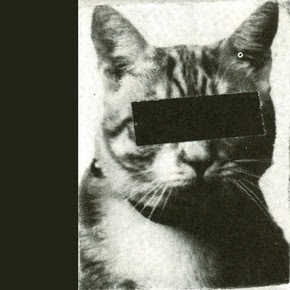 We will not lack the will to love.
We must take the streets back.
Democracy will win
the cowardice of the violent
will lose to the brave heroes of the roses
Posted by autovern at 9:27 AM No comments: Links to this post 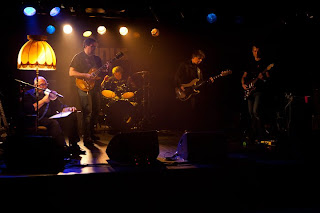 DimHunGer
Free gig @ Dama Di, Bodø tonight if you are in town. Expect Industrial Blues-noise-rock from Blaakraft and Progressive space-punk from DimHunGer with members from HumdinGer. Doors open at 2000, concert starts at 2130-ish. 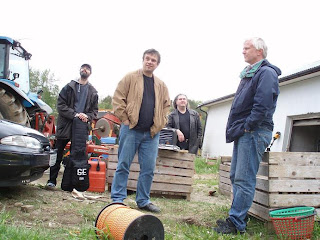 Blaakraft
Posted by autovern at 6:43 AM No comments: Links to this post 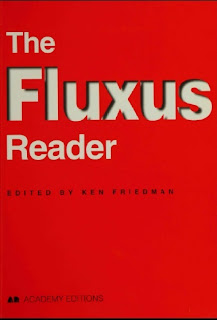 Edited by Ken Friedman, this book from 1998 has been long out of print. It is now made available as digital free download. You can choose full download or individual chapters. Get it here
About the book:

Fluxus began in the 1950s as a loose, international community of artists, architects, composers and designers. By the 1960s, Fluxus has become a laboratory of ideas and an arena for artistic exprmentation in Europe, Asia and the United States. Described as 'the most radical and experimental art movement of the 1960s', Fluxus challenged conventional thinking on art and culture for over four decades. It had a central role in the birth of such key contemporary art forms as concept art, installation, performance art, intermedia and video. Despite this influence, the scope and scale of this unique phenomenon have made it difficult to explain Fluxus in normative historical and critical terms. The Fluxus Reader offers the first comprehensive overview on this challenging and controversial group. The Fluxus Reader is written by leading scholars and experts from Europe and the United States.

Posted by autovern at 11:46 AM No comments: Links to this post

Romanian classical composers Iancu Dumitrescu and Ana-Maria Avram will team up with Stephen O'Malley from noise/metal/doom act Sunn o))), for a couple of concerts in Israel this coming week. Dumitrescu and Avram are well known for pushing the boundaries or making a classical ensemble use the instruments in very untraditional manners. O'Malley is certainly well established within the experimental parts of rock, so this meeting can be very exciting for anyone around those parts. 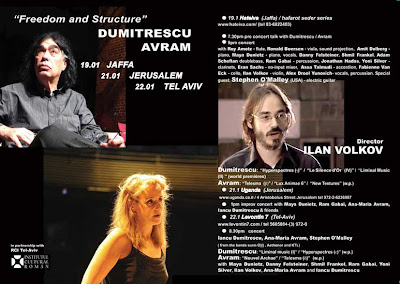 Posted by autovern at 11:52 AM No comments: Links to this post

It's been a while since I have promoted myself here, so i figured it was about time. Last summer the Split LP (above) with me and Jo the Gardener was released on Pure Pop For Now People. It was released only 100 copies, and very few still available from the label. Image by Ian Land.

Tape Rape Records has recently released a few good tapes. One compilation called Think Before You Act!, with a wide range of noise artists from Norway. One track by me here. Another gem is the debut of the trio Origami Kaførnåkka, the new combo with me, Kjetil Hanssen and Petter Flaten Eilertsen. The self-titled tape (below) is from a session that was recorded in Brugata in Oslo, November 9th, 2009 on a beautiful day. The trio decided to sit inside fumbling with trash and electronics to make some noise. The tape comes in a zipper bag with an info card. The tape is white with yellow hubs and it's sprayed spotty yellow, so all copies looks unique. 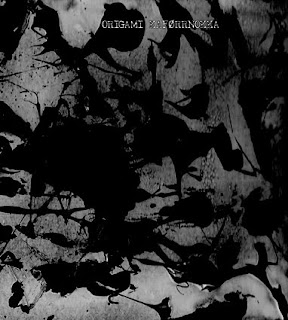 More than a year ago I was in Oslo and teamed up with Kjetil Hanssen (actually the day after we recorded with Origami Kaførnåkka) for a live gig at Sound of MU. The gig was recorded and a CDr (below) was released just after the gig. Handpainted covers and a limited edition of 30 copies. All releases mentioned here is available from Looop.

More about tracks: Gould Soundz released a CDr compilation called "With friends like these", consisting of 99 short tracks. Four tracks from me there. I also entered the International Email Audio Art Project, curated by Hal McGee, who proposed an international EMAIL audio art project in which contributors will send to him a one-minute miniature audio work. I submitted one track that entered Volum 1, and my alter ego, Origami Emergencyka submitted one track for Volume 6. All free download, and still possible to submit as the project will terminate on April 1, 2011.

Posted by autovern at 5:47 AM No comments: Links to this post

Another festival year is upon us. As usual one of the first to notice is All Ears Festival for improvised music in Oslo. This tenth festival in a row marks this year as something to celebrate. With names as Kevin Drumm, Maja Ratkje, Peter Brötzmann and Zeena Parkins amongst many, anyone near should pay the festival a visit during this weekend. More info at the website.
Posted by autovern at 1:19 AM No comments: Links to this post