I have two more tracks out on the web. This time two rather different ones.

The first track was released as a part of yet another CT-Collective project, Acoustic II. Recorded during November, December 2007 & January 2008, postproduction, postcomposing and mixing during February 2008. Only acoustic sounds found in or outside my house are used. Only a minimum of processing has been done. Postproduction was mostly mixing layers of acoustic sounds together. The track is called Homeacoustics (of course), and clocks in at 5 minuts precisely. 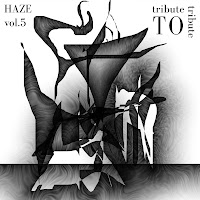 The second track is released as a part of the HAZE netlabels release Tribute to Tribute. The track, called 19de, is a tribute to the 19th of January when I did the recordings. It is a 12 minute noise track with screeching feedback, thunderous rumbling and more multilayered than the first in this post. A classic!